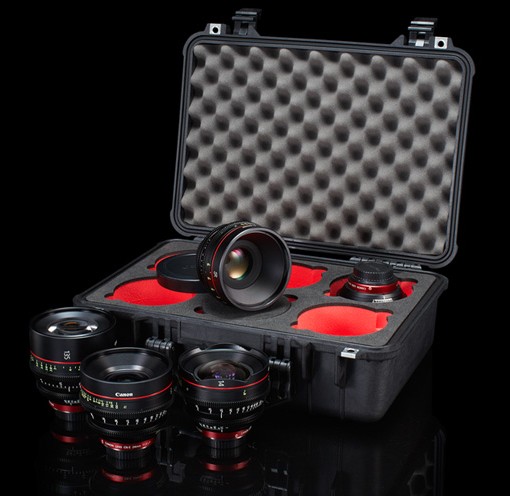 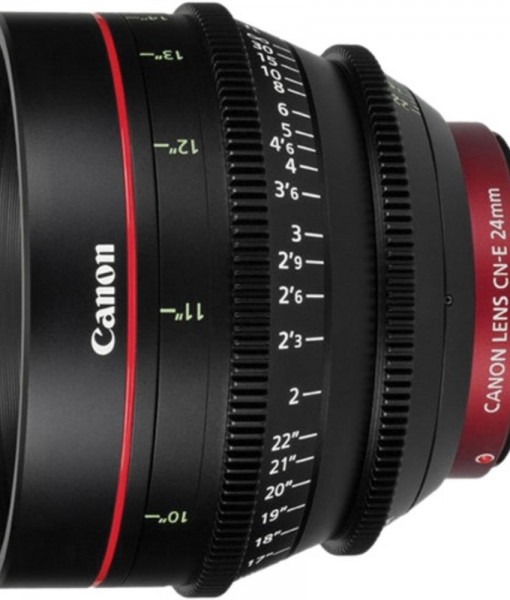 The Canon Cinema Prime EF 6 Lens Kit is Canon’s CN-E line-up of four EF-mount cinema lenses, all featuring a 36mm x 24mm area of coverage that covers full frame and super 35mm sensors. The optics are designed for 4K capture, and the exterior components are identical across the line-up to afford consistent compatibility with accessories, enabling adjustment-free swaps. The focal lengths range from 14mm to 135mm and the apertures from T1.3 to T3.1. The wider lenses capture with minimal edge distortion, and the faster ones are very sensitive to available light.

The coating was developed to capture precise colors, high contrast, and natural skin tones, and to reduce ghosting and minimize flare. The lenses are designed to minimize breathing, and the glass is designed to avoid thermal expansion.

All five lenses have an 11-blade aperture, a 114mm front barrel diameter, stepless 300° focus ring, stepless aperture ring, the same form and placement of gear rings, glow-in-the-dark markings on angled surfaces on both sides of the barrel, and a dust/water-resistant build.

The 11-blade aperture contributes heavily to a pleasing bokeh and circular highlights. The consistent front diameter will allow quick swaps when matteboxes are involved. The control rings offer a resistance while maintaining operating torque. The markings can be read from either side of the camera and from behind, and they can be switched from standard labeling to metric.