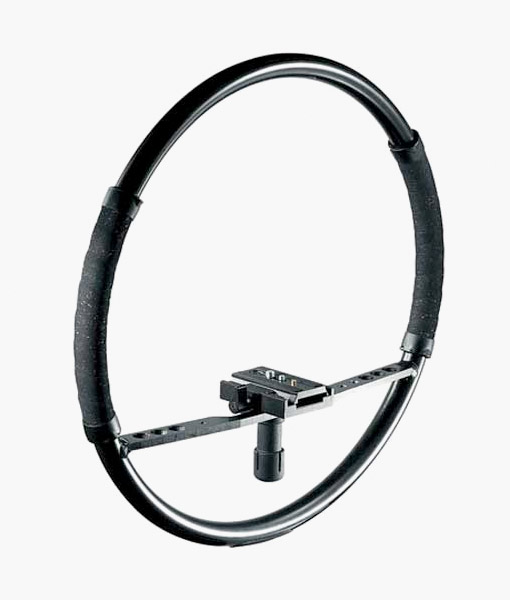 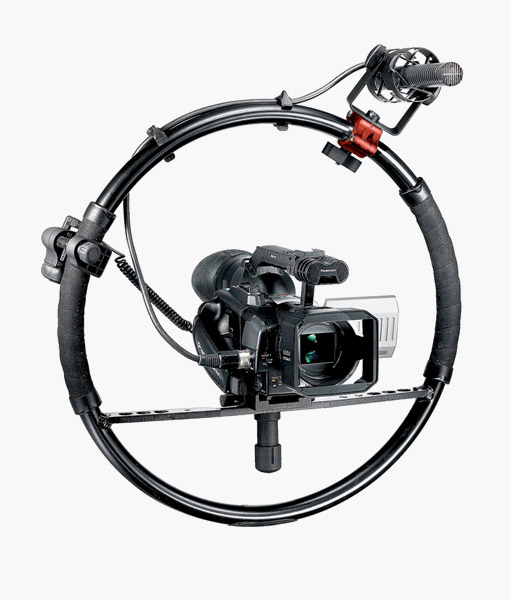 After years of using the Fig Rig on his award-winning films, Mike Figgis brought his idea to Manfrotto. The Fig Rig Stabilizer is non-traditional in design, yet simple and effective. It’s a modular system that smoothly supports a camera, DSLR and acts as a frame to mount all the accessories.

A circular frame with a crossbar to mount most smaller cameras and DSLR’s, allows the Fig Rig to become part of the body to produce smooth, steady traveling shots. As the operator walks, his/her muscles and tendons absorb all the shocks, transferring only fluid movements to the camera. As there are no straps or harnesses attached to the Fig Rig, quick and wide movements can be made within the same shot – from ground level to overhead, in one smooth movement. The camera, accessories and operator become one, allowing you to film scenes quickly and unobtrusively. With the Fig Rig your creativity is virtually limitless.